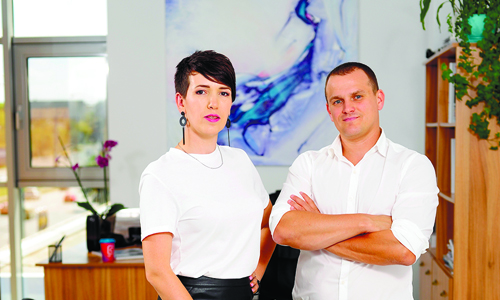 Interior of a private house

We have designed and built over 100 homes. Your desire to make your home cozy and beautiful will come true. Perhaps you are currently in the process of construction or have already built a house and want to update its interior - we can offer you a unique, modern design at any stage. Imagine, your dream is about to come true, and we are ready to do everything to make it come true!

“My house is my fortress” - it is not for nothing that this expression is known to everyone from an early age. The place where we relax and gain strength for new achievements in the modern rhythm of life should inspire. And sometimes, in order to make it perfect, you need to spend no less effort than building a fortress. Doing everything with your own hands is a noble cause, but trusting professionals is also a completely justified decision, especially when it comes to such a delicate topic as home interior design.

On the other side of the monitor

“Okay, Google, show me pictures with a beautiful renovation,” - home improvement begins with approximately these words. Having seen enough of various collections, life hacks and expert advice, a person with full confidence in his abilities begins to implement everything that he managed to see. But more often than not, the result is not quite what you wanted, and the money has already been spent and now you have to live with it. Not pleasant, right?

On various thematic sites with advice from professionals, when it is not indicated who wrote the material, most likely the incognito author is not a designer, but a simple layman who knows how to write and select beautiful pictures from the Internet. In general terms, anyone can explain “what is a loft style”, but to describe the concept, to warn what works, and what is better to refuse, is a more difficult task. Because of this, an unpleasant situation happened with the Mediterranean style in our country. Blind copying led to the fact that the premises turned out to be uncomfortable and more like a tomb. And all due to the fact that doing everything according to the Mediterranean rules, people forgot about the philosophy of this style - lightness due to the light from large windows that fills the space. Ignoring the main thing and delving into the details, in the end we get something completely different.

The Question of Savings

The stereotype says that the services of an architect and designer are very expensive. Perhaps this is partly the fault of the designers themselves, because many well-known masters of their craft simply do not take on “low-budget projects”, that is, ordinary housing for mere mortals. On television, we are shown luxurious houses where a professional has worked, and among the used finishing materials are ivory, curtains made by Chinese silkworms and blue clay mined in overseas countries. And, of course, all this is environmentally friendly and non-GMO. Therefore, a halo of something beyond the elite was created near the services of the designer. Few people are interested in real prices, but in vain.

Some statistics: in our company, the minimum budget for the development of a design project for a house will be from 25 USD per 1 m2, and the cost of interior design development is 3-5% of the cost of repairs in general. The numbers are not too big. But if it is still costly for you, you can apply for a specific issue, and not for a house project. For example, you are not sure which furniture will fit better and there are heated arguments in the family about this, why not ask the advice of a disinterested person. A specific small task will not spend a lot of money, but it will save time and effort.

Interior design of a private house in Boryspil ( 110 m2)

Design is not a single decor

There was an impression that designers are people with good taste who do nothing useful, but only give recommendations. But such work consists primarily in making the space of any room as ergonomic and functional as possible. Knowledge of materials, the rules for their combination, new trends, technologies - knowledge that is so necessary at all stages of repair. How to plan the electrical wiring system, which hood to hang over the stove or even mount it in the countertop to free up space on top and in which direction the top left cabinet will open - these are important decisions in the designer's care. In Western countries, such work is given great importance even at the state level. Interactive museums, original shops in amusement parks, arrangement of public transport - all this is the work of a designer.

Seen from the side

An unbiased opinion and a “clear” look when improving home comfort can also play into the hands. By imagining a certain house design, we may miss out on alternatives. We have already imagined what kind of picture will hang on this wall, and we don’t even think that this wall can be easily demolished and freed up space. It is not always possible to think radically, but this is exactly what a designer is needed for. Non-standard offers sometimes turn out to be the only true ones.

We give our strength and energy to our beloved work and vocation, outside the home. And we need personal space in order to recover mentally and physically. Organizing your nest as comfortably as possible is the main task that every person faces sooner or later. Help and advice will not be superfluous, but the decision is always yours.

The interior design of the house from the Polyakov Architectural Bureau is, first of all, the comfort of all family members, both functional and aesthetic comfort! When choosing a house design, pay attention to photos of the interiors of houses, apartments that delight and warm you. The design of a private house requires an integrated approach, purposeful arrangement of all premises, with a clear understanding of their purpose and taking into account the lifestyle of each of its inhabitants.

5 problems from which we get rid of you
Interior design of a private house in Kyiv, Svyatoshynskyi district ( 0 m2)

The key point in working on the interior design of a country house is the choice of style. On our site you can view different design styles from high-tech, loft, to always up-to-date classics. If you want to order an inexpensive home interior design, we recommend that you first of all decide: are you ready to order a home interior design project from a freelancer or is it important for you to have a well-known interior designer deal with your home? As you understand, the more famous the designer, the more expensive it is. Usually, more well-known studios offer a customer a solution for lighting, furniture selection, decor items, they initially lay down author's items, which automatically increases the cost of an interior design project. If the customer accepted the work of the designer and then wanted to replace the decor item, furniture, then a lot of things in the interior concept will no longer be combined, since every detail is designed to enhance and complement the common space through: function, form, image. Home interior design is a topic in which there can be no unimportant details. For this reason, a detailed design of a house project is indispensable!

To make an excellent interior design of a house, a cottage is no longer a question from the category - how to make your dacha, country house cozy for the warm months of the year. Expectations from the design project of the interior of the house today are much higher than the requirements for decorating the space. Customers read, look at magazines, notice market novelties and any erudite, inquisitive person studies more than one portfolio of an interior designer or interior studio before starting work on creating a home improvement project. The design of country houses is a more time-consuming process than the creation of an apartment design project. The differences are as follows: 1. Design of the facade of the house 2. Type of land 3. Landscape design as a continuation of the general concept of space 4. Architecture of the house.

Our interior design studio in Kyiv will be happy to help you navigate the price of home design. We are ready to provide you with several draft design concepts, discuss the cost, and take into account all your ideas. Choosing the right interior for your home from a variety of interior design styles is really not easy! The dream of every owner is that his house is not too simple, but at the same time not defiant.

When you say: I want a professional to design my house! From this moment on, you should remember that the main task of an interior designer is to make a country house that will completely suit you and suit your whole family! A beautiful 3D picture is not enough, it is important that the builders can bring to life everything that will be done on paper, you should also not forget that the budget in the designer's fantasies must be adequate.

The elite interior of cottages usually involves the design of a bathhouse, a pool, a garage and a guest house and, of course, a gazebo, a pavilion. The latest trends in the world of interiors for houses, cottages, mansions show that the classics are acquiring new images in the form of a combination with the loft style, minimalism. Of course, design clichés don't work, and it's up to you and your family to decide what's good and what's not. Harmony is the main criterion: the customer, architect, designer must capture the overall style and create a dream home!

Another important point, before starting repairs, visit the houses of your friends, acquaintances, look at photos on the Internet or interior design magazines, consult on forums or social networks with professionals. Not a lot of patience and then the end result will bring you a lot of pleasant emotions plus a comfortable interior thought out in every detail. We are ready to complete a house interior design project in a short time and guarantee that our project will help you make the repair process transparent. It all starts with a project! Call us, we will always find something that will please you! 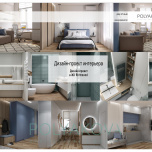 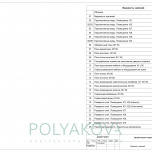 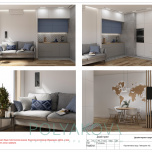 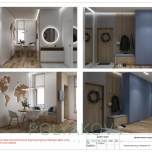 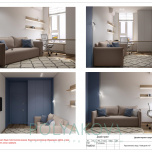 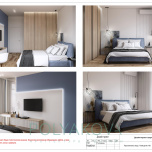 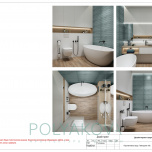 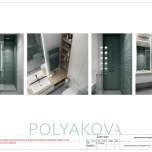 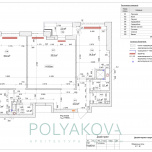 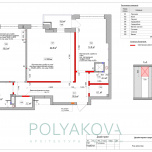 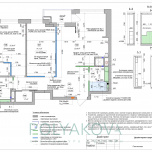 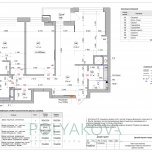 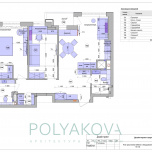 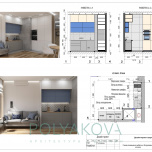 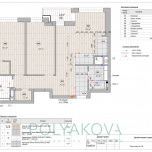 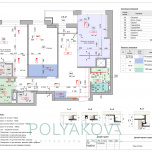 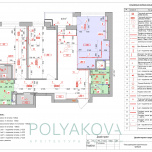 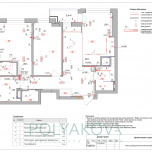 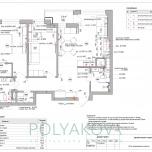 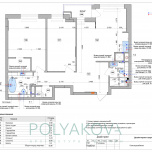 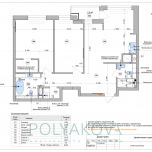 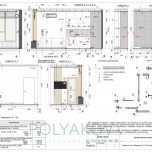 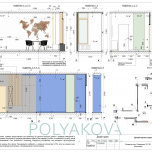 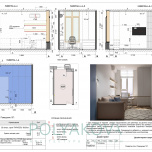 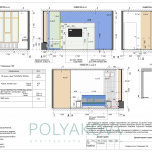 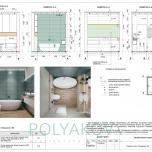 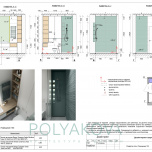 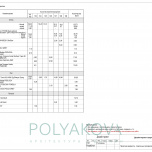